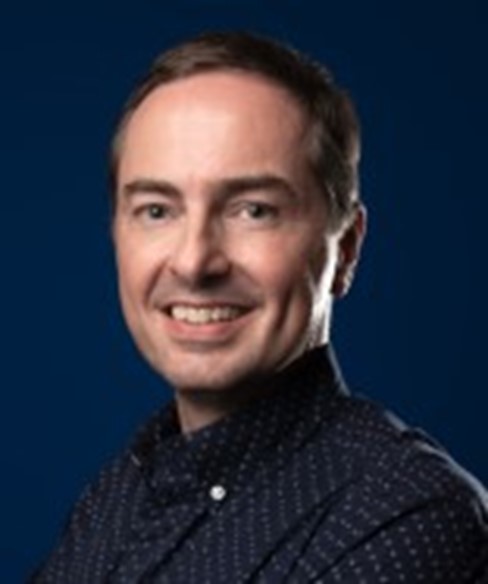 Dr. Ray Dunn obtained his Ph.D. in Cell Biology in 1999 from Vanderbilt University under the supervision of Brigid Hogan, PhD FRS. His thesis described how the TGFβ growth factor BMP4 controls primordial germ cell formation in the early mammalian embryo. He then completed a post-doctoral fellowship in the laboratory of Elizabeth Robertson, PhD FRS at Harvard University, where he studied the growth factor Nodal and its intracellular effector proteins Smad2 and Smad3 during axis formation and early germ layer patterning in the developing mouse embryo. In 2004, he joined ES Cell International Pte Ltd as a Research Scientist in the Diabetes Group, eventually being named Program Manager in 2005. In July 2007, he was appointed as a Principal Investigator in the Institute for Medical Biology. He recently joined LKC Medicine as an Associate Professor of Regenerative Medicine and holds a joint appointment with the A*STAR Institute of Medical Biology. He is also currently President of Stem Cell Society Singapore.

The International Diabetes Federation released statistics for 2017 in which 425 million people worldwide have diabetes. Alamingly, Singapore has the second highest number of diabetic cases amond developed nations after the United States (606,000 between the ages of 20 and 79 or 11%) - what Prime Minister Lee Hsien Loong called a "health crisis" in his 2017 National Day Rally speech. These grim numbers underscore the need to understand the etiology and molecular mechanisms that underlie the pathogenesis of diabetes and to develop new treatment modalities; among these, stem cell therapy holds much promise.

Type 1 diabetes (T1D) mellitus, which affects the minority of diabetic patients (~10%), is caused by the autoimmune destruction of pancreatic β cells within the islets of Langerhans that produce insulin. The focal nature of this pathology makes T1D a near-perfect candidate disease for the development of cell replacement therapies. Thus, the production of functional β cells from the directed differentiation of pluripotent human embryonic stem cells (hESC) has been aggressively pursued since their isolation in 1998 (Thomson et al., 1998 Science). Such in vitro-derived β cells would then be transplanted into T1D patients to liberate them from lifelong insulin dependency. This approach has however suffered from a number of practical and experimental limitations, including its significant cost and the inefficient production of β cells that function in a manner equivalent to those found in the adult islet.

We recently reported the isolation of hESC-derived multipotent pancreatic progenitor cell line that is stable and scalable, which we designate “ePP”, and that we argue overcomes a number of the drawbacks of hESC-based directed differentiation and provides a novel and robust experimental platform for the downstream production of β cells for cell transplantation. At present, we are confirming the potency of several independently derived ePP cell lines by directed differentiation into insulin-secreting β cells in vitro and by transplantation into immunodeficient mice and extended in vivo maturation. Our ongoing and future experiments additionally include:

1. Transcriptomic analysis of ePP cells by RNA-Seq;
2. Custom antibody arrays to determine the combination of cell surface markers that can be used to enrich ePP cells derived from any human pluripotent stem cell line;
3. The introduction of fluorescent reporters for the endocrine lineage to facilitate high-content screening for potent endocrine-inducing factors;
4. The isolation of more developmentally advanced ePP cell lines such as those that have gained expression of signature endocrine markers; and
5. The formation of 3D human pancreatic organoids (“pancreatospheres”) to study cell-cell interactions, developmental decisions, differentiation and morphogenesis at the single cell level.

The transcription factor gene Pancreatic and Duodenal Homeobox 1 (PDX1) encodes an evolutionarily conserved transcription factor that is expressed during the earliest stages of human pancreatic development. The loss of PDX1 results in complete pancreatic agenesis, a dramatic phenotype that emphasises the critical role PDX1 plays in coordinating the morphogenesis of this indispensable metabolic organ.

In the last several years, we have employed a suite of modern molecular, biochemical and bioinformatics approaches to establish the gene regulatory network downstream of PDX1 – a “pancreatic roadmap”. This work has revealed a number of poorly described (RFX6) or hitherto uncharacterised (TSHZ2 and TSHZ3) pancreatic regulatory genes that we are functionalising in vitro with CRISPR/Cas9 gene-edited hPSC lines. PDX1 is also expressed in adult β cells, where it is required for β cell maturation and survival. Interestingly, several PDX1 target genes that emerged from our studies on ePPs are also expressed in β cells, which we additionally posit function like PDX1 in the adult islet to maintain normoglycemia and are thus prone to dysregulation in diabetes. We are currently testing this hypothesis using an extended differentiation platform to generate β-like cells in vitro and in animal models (mouse and zebrafish).

Lastly, my lab is aptly called the “Endodermal Development and Differentiation” lab. In keeping with this nickname, we have begun in recent years to diversify our interests and study endodermal organ systems beyond the pancreas. These include a disease-modeling project using patient-derived hiPSC and differentiation into the lung lineage as well as an exciting study on intestinal homeostasis involving a novel centrosomal protein.