Introduction
Assistant Professor Hiroshi Makino is a Nanyang Assistant Professor at the Lee Kong Chian School of Medicine, Nanyang Technological University. Dr Makino started his scientific career at the Salk Institute for Biological Studies where he studied adult neurogenesis in the mammalian hippocampus. He obtained his PhD from the Watson School of Biological Sciences at Cold Spring Harbor Laboratory where he studied AMPA receptor dynamics and synaptic plasticity. He conducted his postdoctoral research at University of California, San Diego where he investigated learning-related transformations of micro- and macro-scale cortical activity. He is a recipient of the NARSAD Young Investigator Grant from the Brain & Behavior Research Foundation and the Young Investigator Award from the Japan Neuroscience Society.

Research Focus
The broad scope of Asst Prof Makino’s laboratory is to study learning mechanisms in the brain and machine. Toward this aim, they seek to integrate diverse disciplines of science including neuroscience, cognitive psychology, engineering, computer science and artificial intelligence to understand fundamental principles governing how the brain and machine learn. In his neuroscience research, they utilise various technologies, including imaging, electrophysiology, optogenetics, pharmacogenetics and virus-mediated circuit mapping to investigate how intelligent behaviour is implemented in the brain. Experimentally obtained biological data are analysed and compared to learning mechanisms of the intelligent machine.

Currently his laboratory is focusing on understanding the nature of intelligent behaviour by animals using two-photon calcium imaging. With this approach, activity of more than thousands of neurons is simultaneously probed while mice are engaged in a task. Combining optogenetics, they also manipulate activity of behaviourally characterised neurons to establish a causal relationship between neural circuit operations and behaviour. With such biological insights, his laboratory actively seeks new learning algorithms to facilitate better learning in the machine. 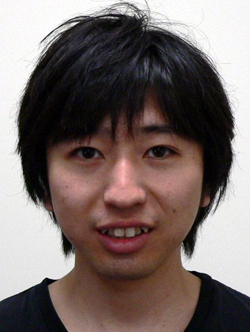