Tsukasa Kamigaki is an Assistant Professor at LKCMedicine. He obtained a Ph.D. in 2010 at the University of Tokyo School of Medicine, where he investigated the cellular mechanisms for cognitive flexibility in non-human primates. After graduation, he worked as a postdoc at the University of California Berkeley, and successfully established a behavioral paradigm to test working memory in mice. Taking advantage of cell-type specific calcium imaging, optogenetic manipulation, electrophysiology, he identified the functional roles of each inhibitory interneuron subtype in the prefrontal cortex. 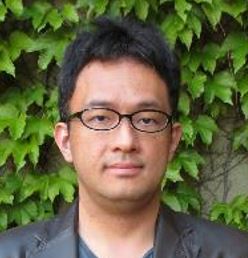 What comes to your mind when planning for the next move? How can we make up the plan and keep it in mind for the future behavior? Our lab is interested in how the brain circuits are organized to implement such "executive function". We are especially interested in the following questions:

[Prefrontal cortex organization and the neural codes for executive function]
The prefrontal cortex (PFC) is situated on the top hierarchy in the brain to orchestrate the other brain regions, and each PFC subregion is connected to distinct repertories of regions (Kamigaki, 2019). How does the PFC specify the relevant neural pathways and what do the neural signals encode for implementing executive function? We will investigate subregion- and pathway-specific roles and the neural code in the PFC. On top of the large-scale circuit mechanism, we are also interested in studying the local circuit organizations with focusing on the neuron-type specific functions.

[Learning-related change in the neural circuits]
Our previous work has revealed an interesting circuit organization in the PFC that supports working memory, such that VIP interneurons facilitate the memory coding in the nearby pyramidal neurons through inhibiting other GABAergic interneuron types (Kamigaki and Dan, 2017). How are such functional circuits formed and sculptured during learning? We will study learning-related changes in the multiscale neural circuits in combination with neuron-type specific manipulations to understand the underlying principles.

[Aging and psychiatric disorder model]
Patients with psychiatric disorders (e.g., schizophrenia SZ) show cognitive impairments, which is typically accompanied by the abnormalities in the interneuron systems and the brain-wide connectivity. Aging is also closely associated with cognitive declines and the deterioration of working memory ability is one of the severest and earliest-onset symptoms. We aim to identify the abnormalities of the microcircuits and the brain-wide networks in the disorder model mice and examine how they lead to cognitive declines. Identifying the exact relation between cognitive retardations and the structural/physiological dysfunctions will not only lead to the development of treatments for patients but also deepen our understanding of the normal brain mechanisms.