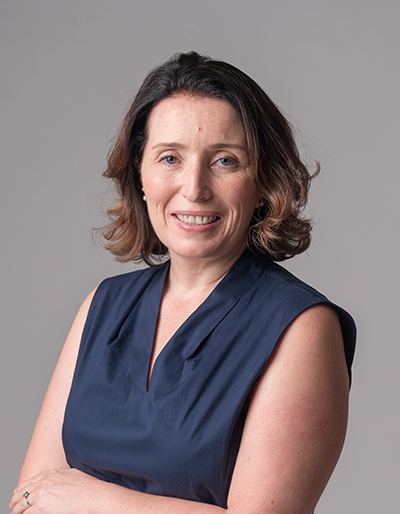 Assoc. Prof. Rebecca Case started her graduate research career at the University of New South Wales, Australia, studying the chemical ecology of bacteria pathogenic to their seaweed host. She discovered that, in these pathogens, virulence is regulated by temperature, linking climate change to the health of marine ecosystems. During her Fellowship with the Harvard Center for the Environment and Medical School, USA, she focused on natural product discovery from marine bacteria. Prior to joining SCELSE-SBS, Dr Case was an associate professor at the University of Alberta, Canada, where she developed a novel model host for bacterial pathogens that her research team used to decipher bacterial-algal interactions and the molecular level.

A/Prof. Rebecca Case’s research focuses on marine algal-bacteria interactions at the cellular and ecosystem levels. Marine ecosystems are sustained by phototrophs that feed diverse communities through photosynthesis. This organic carbon cycles from primary producers to microbes through intimate relationships within the microbial loop, which, in turn, determines the amount of carbon and other biogeochemical intermediates held within marine systems. Consequently, biogeochemical cycle intermediates (such as lignin derivatives and DMSP) can alter the physiology of photosynthetic hosts and their microbiomes. Dr Case’s research at SCELSE-NTU will focus on the role of cell-cell communication in altering microbial interactions through changes in growth, health, fecundity and survival, and their subsequent influence on remineralisation and deposition of biogeochemical intermediates. Her field work in Singapore focuses on marine coastal communities including seagrasses, mangroves and algal beds. This research is complemented by her work on the model microalgal host, Emiliania huxleyi, which provides a laboratory-based system to decipher algal-bacterial interactions at the cell, gene and metabolite level. Dr Case’s team has utilised this system to identify genetic determinants of bacterial pathogenesis and host apoptosis. This system has also been adapted to other microalgae to identify and optimise production of industrially important algal metabolites.