Professor Joseph J.Y. Sung received his medical degree (MB BS) from The University of Hong Kong in 1983, and was conferred PhD in biomedical sciences by the University of Calgary and MD by The Chinese University of Hong Kong (CUHK) in subsequent years. Professor Sung holds fellowships from the Royal Colleges of Physicians of Edinburgh, Glasgow, London, and Australia, the American College of Gastroenterology, the American Gastroenterological Association, the Hong Kong College of Physicians, the Hong Kong Academy of Medicine. He is concurrently an Academician of the Chinese Academy of Engineering of the People's Republic of China, an Academician of the Eurasian Academy of Sciences and Founding Member of the Academy of Sciences of Hong Kong (ASHK).

Professor Sung’s research interests include intestinal bleeding, Helicobacter pylori, peptic ulcer, hepatitis B, colorectal cancer, and other cancers related to the digestive system. Professor Sung and his team proved the relationship between H. Pylori and peptic ulcer diseases. They were first in demonstrating that a course of antibiotics lasting a week can cure H. Pylori infection and successfully treat peptic ulcers and minimize their relapse. At the same time, he and his research team pioneered the use of endoscopic treatment for ulcer bleeding to reduce the need for operative surgery. These research results have a major impact on and have changed the practice of gastroenterology worldwide. In recent years, his research portfolio has extended into studies of gut microbiome and digestive diseases. He is also exploring the use of artificial intelligence in clinical medicine.

Professor Sung is a renowned researcher in gastroenterology and hepatology. He led a group of experts from 15 Asia-Pacific countries to launch colorectal cancer screening research in 2004, and has laid down clear guidelines and promoted colorectal screenings in the region. Because of his work in cancer screening and prevention, Professor Sung was honoured by the Prevent Cancer Foundation of the United States with the Laurel Award in 2008. In 2009, his seminal lectures on peptic ulcer bleeding won him the Marshall and Warren Lecture Award. In the same year, he was also awarded the Endoscopy Award of the German Society of Gastroenterology. In 2013, he received the Master of the World Gastroenterology Organization (WGO) Award from the World Gastroenterology Organization & WGO Foundation.

In 2003, Professor Sung led his medical team to fight against the Severe Acute Respiratory Syndrome (SARS) and was named “Asian Hero” by the Time Magazine in recognition of his outstanding contributions. Underscoring his significant services to the Hong Kong community, Professor Sung was awarded, among others, the Distinguished Award for Scientist and Medical Professional in the Fighting Against SARS (Medical Technology Personnel Category) and the Leader of the Year 2003 (Community and Public Affairs Category) by the media in Hong Kong.

Professor Sung has published over 1000 full scientific articles in leading medical and scientific journals. He was listed as “Highly Cited Researchers”, released by the Clarivate Analytics, for the years 2018, 2019 and 2020. He has edited and authored around 30 books, as well as many chapters in major textbooks including the Oxford Textbook of Medicine (5th Ed.), Sleisenger & Fordtran's Gastrointestinal and Liver Disease (7th and 8th Ed) and Yamada’s Textbook of Gastroenterology (4th Ed). 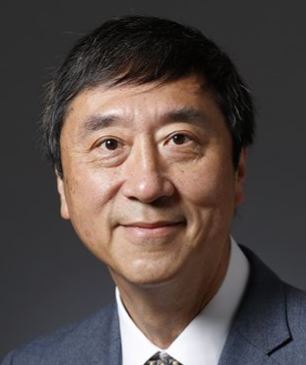