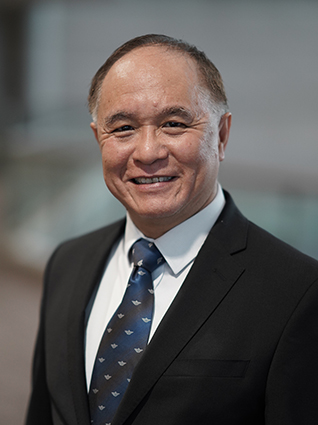 Dr. Ang Keng Cheng is currently the Dean of Graduate Studies and Professional Learning (GPL) and an Associate Professor in the Mathematics and Mathematics Education (MME) academic group at the National Institute of Education (NIE). He was previously the Associate Dean for Higher Degrees, and a former Head of the MME academic group. He received his B.Sc. (1st class Honours) and PhD in Applied Mathematics from Adelaide University, Australia.

His main research interests include mathematical modelling of physical and dynamical systems, as well as the teaching of mathematical modelling and computational thinking. He has more than 70 publications in conference proceedings, journals, book chapters and books, and has conducted numerous workshops and training sessions for teachers on mathematical modelling. Dr. Ang won the NTU Nanyang Education Award (School) in 2015, and was a recipient of the National Day Award (Public Administration Medal - Bronze) in 2020.

Dr. Ang's areas of expertise include mathematical modelling in various biological and medical settings, such as blood flow problems, epidemics and tumour growth, as well as numerical and computational methods for partial differential equations.

In recent years, he has also worked on and contributed to research in the teaching and learning of mathematical modelling, as well as computational thinking.