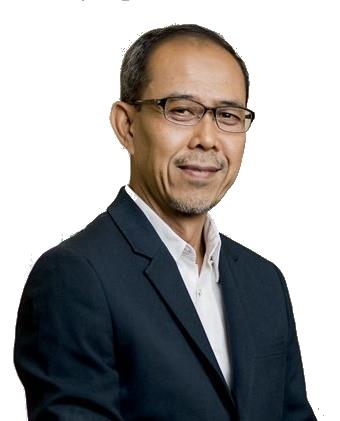 Mukhlis Abu Bakar is an Associate Professor at the Asian Languages and Cultures (ALC) Academic Group, National Institute of Education (NIE), Nanyang Technological University (NTU). He is currently Assistant Head (Malay) and Programme Leader (BA (Ed) (Malay Language)) at ALC. He is also NIE representative on the NTU Board of Discipline.

Mukhlis was trained in speech perception at Bangor and Edinburgh universities in the UK for his graduate studies, a field that crosses the disciplines of phonetics and cognitive science. He went on to work on Malay linguistics at the National University of Singapore, his first academic appointment. His interest in education brought him to NIE where he developed an expertise in literacy practices in preschoolers before expanding into bilingualism and biliteracy. In recent years, he picked up phonetics again, specifically socio-phonetics, researching on pronunciation and standards in the Malay language. In between, he ventured into madrasah education.

Mukhlis has secured several research grants as Principal Investigator, Co-Principal Investigator and Collaborator for projects on literacy, bilingualism and socio-phonetics. Among his recent publications include an edited volume by Routledge entitled Rethinking Madrasah Education in a Globalised World (2018) and a volume edited with R. Wills, M. de Souza, J. Mata-McMahon, and C. Roux, entitled The Bloomsbury Handbook of Culture and Identity from Early Childhood to Early Adulthood (2021).

Mukhlis teaches in the areas of linguistics, critical discourse analysis, sociocultural approaches to literacy, and bilingualism and bilingual education, for which he has received several teaching awards. He also conducts workshops for teachers on Bilingual Teaching Methods.

Mukhlis supervises MA and PhD students and has served as Higher Degree Internal Examiner at NIE as well as External Examiner for universities in Singapore and Malaysia. He sits on the Editorial Board of Jurnal Bahasa, a publication of Dewan Bahasa dan Pustaka, Malaysia, and has previously served as Associate Editor of Asia Pacific Journal of Education and Co-editor of Journal Pendidikan Awal Kanak-kanak. He also serves as reviewer for internationally refereed journals.

Mukhlis's current research interests are in the fields of childhood bilingualism and biliteracy, teachers' beliefs and practices, literacy learning in the home, school and faith settings, and socio-phonetics (pronunciation issues in the Malay language).