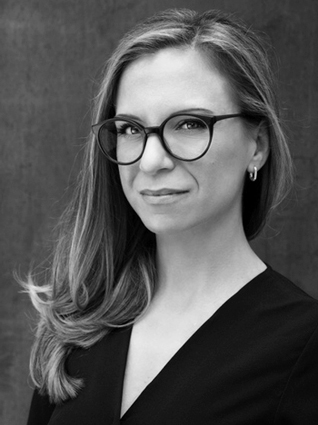 Veronica holds a German Diplom in Industrial Design from Pforzheim University, a Masters in Design Interactions from the Royal College of Art and currently completes her AHRC-funded PhD at the latter. She worked widely on trans-disciplinary projects across a range of leading scientific institutions, biomedical companies, agencies, museums and universities, such as in the roles of a Design Advisor at Cambridge University (UK) and as a Visiting Scientist at Tufts University in Boston (MA, USA).

Her work is frequently exhibited internationally, including at the Israel Museum in Jerusalem, the Science Gallery in Dublin, the China Technology Museum in Beijing, the Biennale du Design in Saint-Etienne (France), the National Museum in Stockholm, the Victoria and Albert Museum in London, Marta Herford (Germany), Design Museum Ghent (Belgium), and most recently, in the permanent exhibition of the Futurium in Berlin.

Veronica has taught internationally and leads workshops in different settings, such as conferences, universities, art institutions and science laboratories. Here she invites artists, technologists, writers, designers, scientists and the public to collectively speculate on the polyphonic potential of technology and living materials.

She is the founder of 'Polyphonic Futures' (2014), a growing design-science imagination laboratory that cross-connects experts with the public through real-world events, as well as digitally. She also founded 'Design — Research — Making' (2017), a participatory, interactive and open space for international and cross-institutional exchanges.

Veronica's key areas of teaching and research can be summarised as following:

> Researching the ethical implications of bio-digitality for design, society, and ecology

Her professional practice comprises 3d- objects, film, photography, product and interaction design and her areas of specialisation are trans-disciplinary design-science collaborations across the life sciences, biomaterial science, and the public